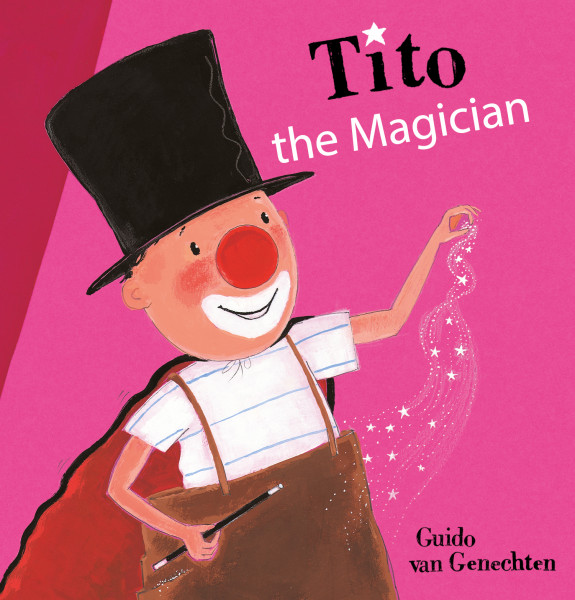 Manu, the magician at Circus Rondo, is fantastic. With a little magic powder, a wand, and a few words, he can pull amazing things out of his top hat. Tito, the little clown, would love to do that kind of magic. But when he tries with his own little brown hat, the magic doesn’t work at all. Maybe it’s because he’s uncertain and shy. What would happen if Tito were to ask Manu to show him how the trick really works?
Guido van Genechten was born in 1957 in Mol (Belgium). He studied drawing and painting, graphics and photography at the Academy of Fine Arts in Mol. For many years he worked in the graphic industry. Now he works as a fulltime illustrator of children’s books. In 1998 he won the international Illustrator’s Award City of Hasselt with his picture book ‘Rikki’. This prize was the beginning of his international career as a children’s book illustrator.