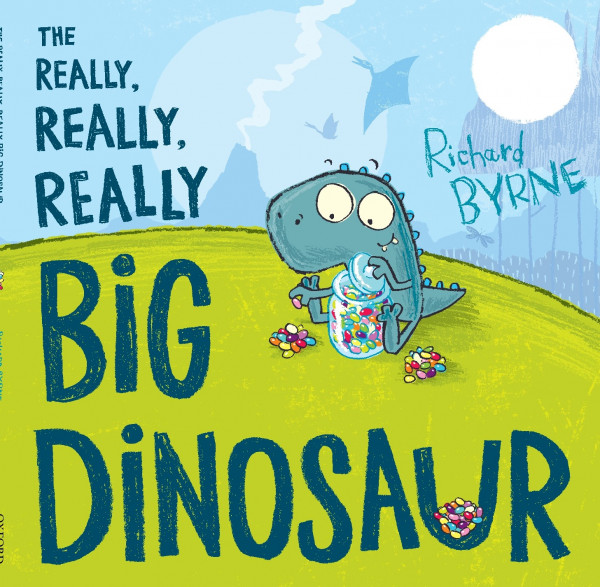 When a little dinosaur called Finlay meets a big show-off dinosaur who wants to eat his jelly beans, his really, really, really big friend comes in very handy! From talented picture-book maker, Richard Byrne, this is a hugely original exploration of friendship in a playful prehistoric world.

Richard was born in Clapham but brought up on ice-creams and helter-skelter rides in Brighton. After studying graphic design in Sussex he worked for several design studios in London, Manchester and Leeds before moving to Chichester where he still dabbles in graphic design along with writing and illustrating children’s books. He now shares his ice-creams with his partner and their two children.

This website uses cookies to provide you with the best possible functionality. If you do not agree, the following functions are not available to you: